Every chapter of the Bible in 140 characters or less.

I summarised the Bible on Twitter between Aug 2010 and Nov 2013 - one tweet per chapter, one chapter per day.

The @biblesummary account peaked at over 30,000 followers, and was featured in the news all over the world.

Find out about the project here, or feel free to get in contact.

Now available in Paperback and on Kindle 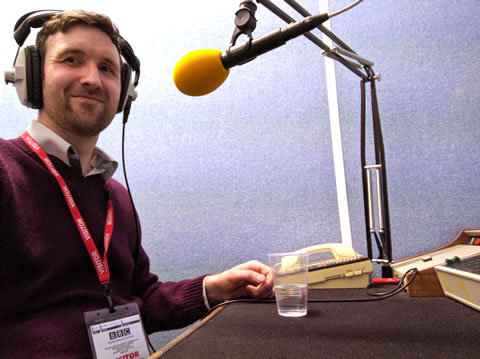 I was interviewed about Bible Summary for Radio 4's 'Beyond Belief' programme, broadcast May 16 at 4:30pm.

If you can access BBC iPlayer you can hear the episode here.

Just listened to Beyond Belief BBC - great insight and sharing.

Why does your God approve of slavery and never condemn it? If he's the source of morality wouldn't this be highly contradictory and cruel? Isn't it more likely the passages in the bible reflect the beliefs and prejudices of the people from the time in which they were written rather than those of a supreme diety? Appreciate your response.

I have no problem agreeing that Scripture is shaped by the languages and cultures in which it was written, including their understanding of social order and the natural world. If God wants to communicate to his creatures, clearly it needs to be in terms that they understand.

For a start, that means in a particular language with a particular vocabulary and grammar. Completely new ideas would need to be introduced one step at a time to be comprehensible, possibly over a long period of time. So, for example, I would see that God used and developed the cultural meaning of the Israel's sacrificial system in order for Jesus' death to be comprehensible.

With slavery, although it's not straightforward to find a text that says "Thou shalt not keep slaves" (and it's very fair to wonder why that is!) the logic of God's interactions with humanity relentlessly lead us to reject the practise of slavery. That logic was clear enough that here in the UK, slavery was abolished largely through the campaigning of Christians motivated by religious conviction.

An important part of the logic is to look at how Jesus acted. The rest of Scripture captures aspects of what God is like in the language of words, but Jesus fully reveals God in the language of flesh and blood. Read through the Gospels and see how Jesus treats slaves (and other people marginalised in first century culture like women, children and the sick). Always with full human dignity. If anything he shows preference for the oppressed over and against the socially powerful.

Jesus' actions sow seeds that bear initial fruit as Paul writes "there is neither Jew nor Gentile, neither slave nor free, nor is there male and female, for you are all one in Christ Jesus" in his letter to the Galatians, and ultimately flourish in so much progress in respect for the value of all human beings over the centuries that follow. For example, few would dispute that Judeo-Christian theology played a central role in the development of the notion of human rights.

I obviously realise that over the centuries people have also used Scripture to justify many forms of oppression. But people will misuse anything to gain power. The trajectory of what God has revealed always leads towards liberty.

Thank you for sharing this with us.